It was an unprecedented feat: the replacement of three hard to access gearboxes on the Seafox 4. The operation’s success was entirely down to a combination of technical expertise, ingenuity and “incredibly good preparations”. We look back with technical manager Guus Lemmers of Workfox in Hoofddorp. 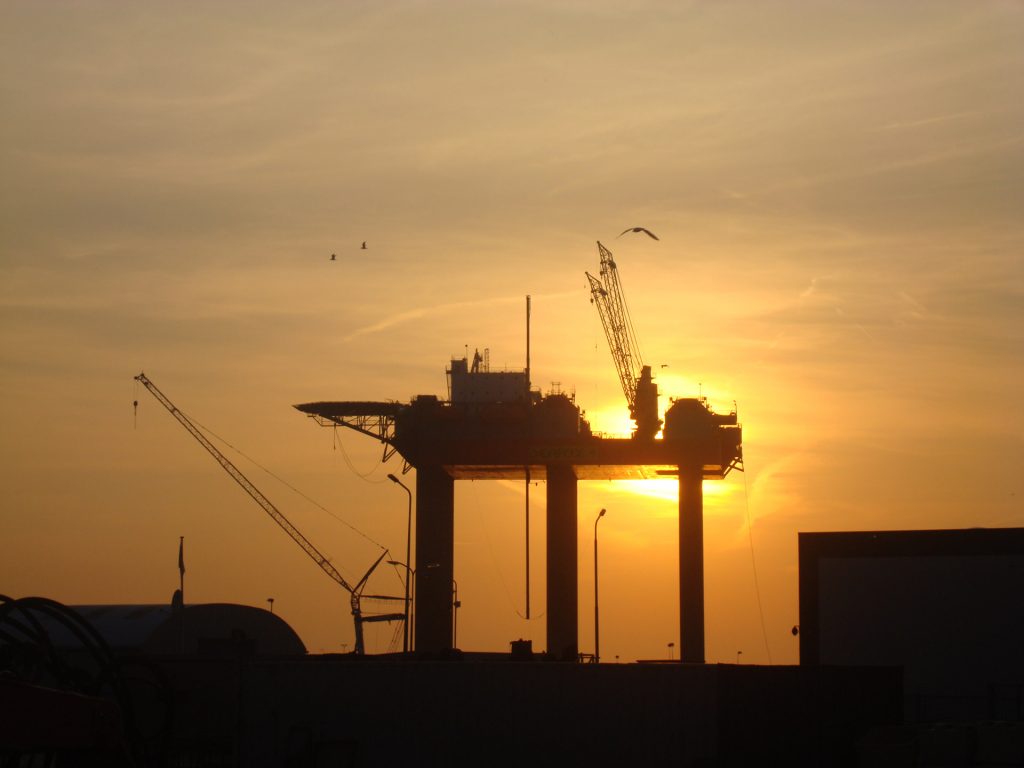 “All our units undergo a special survey every five years. In 2011, this was scheduled for the Seafox 4. Since the rig had to be at its next location on time, we decided to do the survey in-house in IJmuiden. The duration of the major service work would be largely dependent on the replacement of the gearboxes. We were looking for a party that could not only fabricate gearboxes for the winch system but also replace the existing gearboxes for the new ones within a predetermined period. We wanted a company that would deliver on its promises.

“We were also looking for a party with a specific expertise. Some of the gearboxes in the Seafox 4 were located in – from a technical point of view – hard to access places. We definitely needed to know the state of some of the gearboxes that we could see had slack shafts. The eureka moment we were looking for happened during the very first meeting. The expertise that came to the table, the ingenuity, the professionalism, the ideas: it was a perfect match.”

“In consultation with Allrig, we decided on reverse engineering and the making of three completely new gearboxes, certified by ABS. We could then exchange the selected gearboxes for new ones. The old drawings were meticulously examined and based on these, Allrig went to work. The advantage of following the original plans was that there would be no need for new certification for each part. It had already been done. The challenge was to interpret the drawings and find the materials. But it worked.

“Along the way, discussions revealed that a period of eighteen months was needed for the entire preparation and the constructing and assembling of the new gearboxes. Once the Seafox 4 was in the dock, everything had to be done within two months. Time was an extremely critical factor as the rig had to depart on the scheduled deadline.

“Once in the harbour, time was critical. Allrig worked fast and we had to pull out all the stops ourselves so that nothing would occur to delay the work. It became clear not only how well Allrig was realising the project but how brilliant our joint preparation had been. All the pieces fell flawlessly into place.

“This was also true of the complex replacement of the gearboxes that we could hardly get at. It was an incredibly complex problem and Allrig came up with a sort of IKEA-type solution. The company switched the gearboxes and documented the entire process that followed so well that, in theory, we could do it ourselves.”

Everything was done well within the two months allowed. Allrig overhauled the removed gearboxes. These are now ready and can be used as replacements next time they are needed. “Allrig proved itself to be a great added value in a myriad of ways. During the work, problems arose with the delivery of gears for the anchor winches. I called suppliers around the world but couldn’t get hold of them earlier than a few weeks to several months. In the end, Allrig got them to us within a few days, at no extra charge.”

“For me, the real added value of the project lay in the close collaboration. We were able to combine our knowledge of the rig with Allrig’s technical know-how. We had fortnightly brainstorming sessions and from each one there would be one solution that we could all work on. We put the puzzle together. The sessions were inspiring: for me personally but I think also for everyone who was at the table.

“I look back on what was a really great collaboration. Like Workfox, Allrig is highly solution and outcome oriented in everything it does. In that respect, our companies have a similar DNA. It was too complex for us alone. Allrig could make or break the project. They made it, always in tune with our project team and for a fair and transparent price. It’s a company that works on the basis of trust and that doesn’t let you down. In addition, Allrig made a deep impression on all of us here. And that’s exactly as it should be.”

Also in need of a smart partner? Please challenge us: sales@allriggroup.com